Part of the tri-island nation of Grenada, Carriacou and Petit Martinique, Carriacou is the largest Grenadine Island.

Carriacou has a population of around seven thousand. There are far more locals than tourists, making this a rare unspoilt part of the Caribbean. 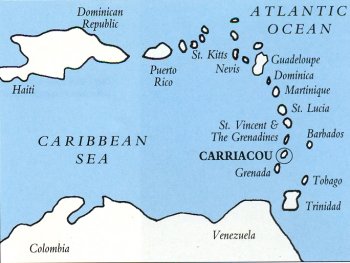 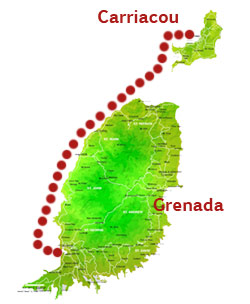 7 days a week, Departing Grenada to Carriacou 9am (8am on Sundays). Departing Carriacou to Grenada 3:30pm. 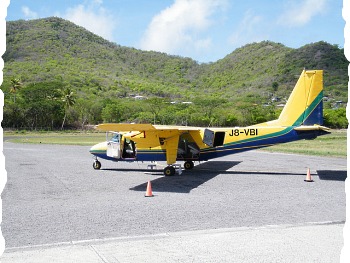 SVG Air fly daily between Grenada and Carriacou. This is a short 20 minute flight.

Please visit SVG Air for the latest rates and schedules.

Guests requiring overnight accommodations in Grenada due to late scheduled flight arrivals enjoy a great hotel discount, and can be checked into Seaclusion Suites before 9am the next morning. Contact us for details.

Part of Grenada, Carriacou is 14 miles long, 2 miles wide and is one of the least developed Caribbean Islands. Its 13 sq. miles is home to approximately 7,000 friendly locals.

Descendants of Carib Indians, Scottish fishermen and African slaves, Carricouians or Kyaks as they are locally known are happy to share their Island with you. Carriacou got its name from the Carib Indian term meaning "Land of Reefs". 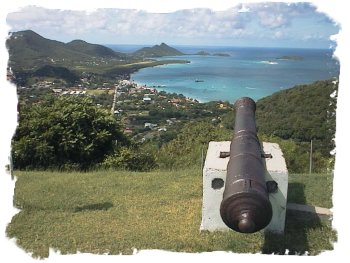 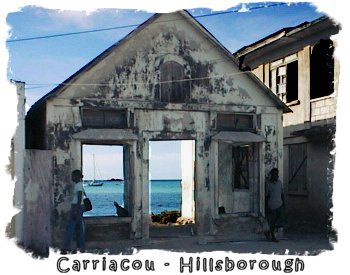 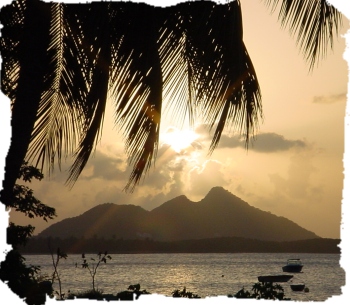 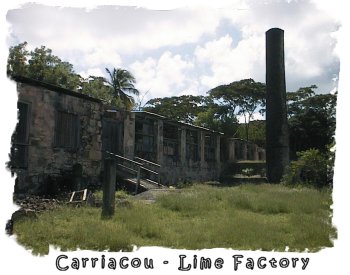 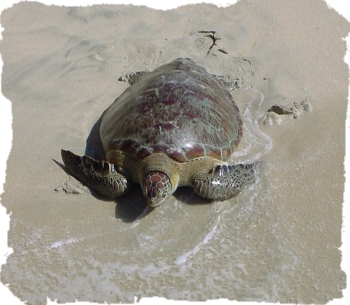 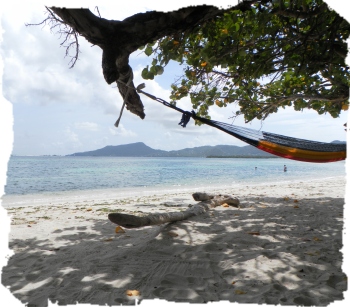 Carriacou is dotted with old ruins that tell the story of its colonial plantation past. Boat building, Big drum and Quadrille dances are part of Carriacou`s rich cultural history and are still practiced today. Discovering Carriacou's hidden ruins and remote pristine cove beaches can provide an entire day of adventure.

You'll find no high rise buildings, casinos, malls or flashy night clubs on Carriacou; just crystal clear water, white sand beaches and a laid-back attitude that you will want to take home with you. With over 100 local rum shops serving a strong local rum(Jack Iron), a game of dominos and good conversation are guaranteed.

The first known European to visit Carriacou in 1656 was a Frenchman by the name of Père du Tertre. He was a fisherman from Guadeloupe and is quoted of saying “The most beautiful of all the little isles is Carriacou...”. Carriacou was originally settled by the French, but as with many of the Caribbean islands, battles then took place between the English and the French and Carriacou was finally seceded with Grenada to the British, becoming part of the British empire in 1763. During these years Carriacou produced mostly cotton with some sugar, limes, coffee and cocoa.

Before the arrival of the Europeans, Grenada was inhabited by Carib Indians who had driven the more peaceful Arawaks from the island. Columbus landed on Grenada in 1498 during his third voyage to the new world. He named the island "Concepcion." The origin of the name "Grenada" is obscure but it is likely that Spanish sailors renamed the island for the city of Granada. By the beginning of the 18th century, the name "Grenada," or "la Grenade" in French, was in common use.

The village of Windward was home to a group of Scottish boat builders who settled here in the 19th century. The Scottish names and boatbuilding skills have been passed down through the generations. Many locally built boats from small fishing sloops to large trading schooners are seen in the Carriacou waters. Boat building is still carried out in the traditional way on the beaches but fewer have been built in recent years.

The majority of the inhabitants of Carriacou today are of African descent, with the influence in the island mainly British, such as driving on the left, though French names are still noticed, especially in the L'Esterre area.

Day trips to the world famous Tobago Cays and Palm Island are easily arranged from Carriacou.